Tomorrow is never too late 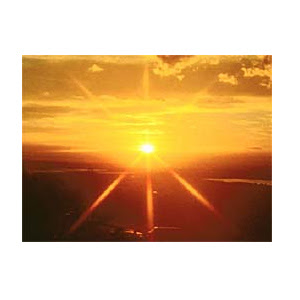 When I was young I saw a movie called ‘Tomorrow is never too late’. I remember the message of the plot and that is: No matter what the consequences are, the transcendence out of that, for sure, exists.

As I write this article, I’m making progress. I’m learning something new about myself. For the last 35 years of this life, I’ve been circling around the periphery of Sri Sri Babathakur. The recent proposal for an article from e-Sri Sanai editors told me that the time was ripe to share my recollection of Sri Sri Babathakur’s words with other bhaktas.

During the late 1980s, ‘Nectar of Wisdom, vol. I, was published. It was a complication of Sri Sri Babathakur’s words by Smt. Susmita Devi. As a so-called editor, I learned many things from those words, yet never got to live out the lessons contained within them until today. But they did have an impact which I couldn’t fathom at that time. After 35 years I can now see why the ‘Wisdom’ has not yet taken roots.

During prayers at the residence I now live in (an old-age home), we recite a few lines from a song of a prayer as revealed to Sri Sri Babathakur. The first four lines are:

“Firstly see your own faults

and do not find faults of others

Sing the praises of others

And praise not yourself”

In order to cultivate this in life, one must go back to the very beginning of the Christian era, where Jesus of Nazareth made a sermon as follows: “Thou shall love the Lord thy God with all thy heart and with all thy soul and with thy strength and with all thy mind; and thy neighbor as Thyself”.

I write this scriptural truth and make progress, for I have learnt where I failed. To me, this is the first unconventional step towards Self-inquiry.

At the time of Gautama Buddha, the 25th of the enlightened ones born in India, the Truth of God was not uttered by Him. He showed the technique to make a corrupt mind pure. Hopefully the Knowledge of God/Self follows. In Buddhist terminology it is called “That-ness”. For the common men, empirical truth is enough for a stable and prosperous society. And that materialized in India at the time of the Gupta Dynasty, the golden age.

The notion of Nirvana in Buddhism was re-structured based on the Upanishadic Truth of monism advocated by Adi Shankara. He pointed out that the seer of void is “no-void”, i.e. purna.

The history of Realization is formulated by Sri Sri Babathakur as follows: First avoid, then you become devoid then there is void, and the Real I, which is no-void, encompasses that.

Sri Sri Babathakur for this age, showed another way for those who had faith in themselves. It is the path of six-fold ‘Right Uses’ (right use of time, money, education, environment, life energy and all the five together). In this connection, ‘Right Use’ is meant for people who cultivate righteousness. All of humanity have the above six aspects, namely time, money, education, environment and life energy given to them according to the Law of Karma. The best use in this life is the Right Use through our self-effort. For sure, this will lead to Self-knowledge. When you learn something new every day, the goodness for all comes into our mind. That is the beginning of righteousness.

Thus from Christ to Buddha to the Seers of ancient India, we return to Sri Sri Babathakur’s words: “You must rise above convention, you must transcend convention with the help of some new Consciousness, which is all-perfect, all free. So.... You see, all My words come direct from within, from the transcendental state of Knowledge, which is ever free and perfect... and not conventional, because I had no opportunity to hear anything spiritual from any person, nor had I any chance to study the scriptures. What I experienced by virtue of Self-analysis, Self-inquiry and spiritual discrimination of Self and non-self, Real and non-real, Truth and false, One and many, being and becoming, made me give up the latter and I became unified with the former. There I find none but I Myself alone. That “I” is not a person in the conventional sense as ego (ahankara)...” (Nectar of Wisdom, p. 227).

My obeisance to Sadguru Sri Sri Babathakur and His words.

Posted by a quarterly spiritual e-magazine. at 4:40 PM