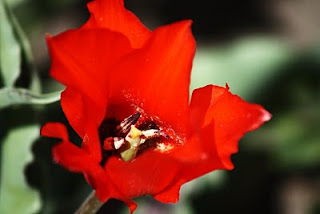 To make it easier for followers to remember His utterances, Sadguru Sri Sri Babathakur often constructed short sentences in the form of stock phrases. The one, which has not been much written about is the ‘Formula of six-fold L’, consisting of 6 words starting with L. The formula, as uttered by Sri Sri Babathakur is as follows: “Laws for Life, Life for Light, Light for Liberty, Liberty for Love and Love for the Lord and the Lord for all. This is the ‘Formula of six-fold L’. In this way you will never find anything without your Self.”. (quoted from Nectar of Wisdom, page 241).

Sri Sri Babathakur pointed out, that Nature (Prakriti) follows the Cosmic Laws and, if more people would be aware of those laws - and abide by them - there would be no need for wars, quarrels, jealousy, greed, power-play etc. He added: “….You cannot divide your Self, nor can the Nature be separated from you….It is All Divine For All Time” (quoted from Nectar of Wisdom, page 241). The above formula of ‘Six-fold L’ was revealed one day when He talked about what the aim of life ought to be. He said, that most seekers read from the scriptures or listen to lectures to become more conscious of the Divine Aspect of life, either in the form of devotion or to acquire Knowledge (with capital K it means Self-knowledge), which is beyond argument. He added: ”Most of their lives people struggle because they have forgotten their Divine Roots, the Essential Unity and therefore the initial Oneness of all… and they rarely abide by the Cosmic Laws, which is the Self manifested as many. Nature manifests Itself in three categories - the outer, the inner and the Central. The question is, how can we use this kind of Knowledge in our daily lives?” The social oriented man has, I think, created too many socially related laws, obligations, traditions, cultural and religious differences etc., etc. over many, many centuries in order to discipline the baser instincts of people living in groups – from the larger ones like nations to the smallest one of a family. Nature, on the other hand follows Divine Laws only, and is therefore harmonious and suitably varied.

The first ‘L’ (Laws), if sincerely followed in life, leads one to becoming pro-active instead of re-active. That pro-activity is based on the principles of Entropy. The Law of Entropy says that any closed system goes from order to disorder if left unto itself and in the absence of any energy input. If this Law is not abided by, chaos will appear and grow till it becomes too difficult to deal with. The formula of ‘Right Use’ as uttered by Sri Sri Babathakur goes: “Right use of time, money, education, environment, life energy and all 5 together”. One must, therefore become aware or conscious of not misusing the available Life-force called Prana. The first application coming to my mind is how the ego uses Prana to satisfy itself through negatively tainted mind-work. If the ego (ahankar) is not ‘stroked’, it becomes angry or frustrated and will then try to find justification for thought or behaviour prompted by it (eventually through accusations towards a self-image). Verbal or physical expressions of such a reaction need energy, and that is an example of the misuse of Prana. We have all, I presume, experienced the exhaustion felt after a quarrel or fight. It however need not be so. If the mind is trained to become pro-active one can, as soon as negative thoughts pop up, remind oneself about one’s own loss of Life-force (unscientifically called energy) .… and thus avoid unnecessary loss and eventual confrontation. Such pro-action however needs a high degree of Self-awareness, the essential Oneness of all, which is an integral part of The Law.

Divine Laws represent a ‘Unitary Consciousness’ (based on Supreme Oneness), whereas man-made laws often are divisive. One must however remember that the laws (both man-made and Divine) are meant to facilitate a safe and successful life. By being aware and abiding by the Divine Laws, it becomes easier to cope with whatever karmic residue (i.e. karma phal) one has to go through in the present life. And do also remember, that the Natural Laws emanate from the Self alone. They give you a clear idea about the way to follow to the kind of life one ought to live. What's more, don’t forget that the mind can be conditioned to become pro-active instead of re-active when one actually draw on the training/awareness so graciously given to humanity by a Sadguru such as Sri Sri Babathakur. His guidance helped me to tackle the ups and downs of life with a honed detachment (which is NOT the same as indifference).

The second word with ‘L’ (Life) implies that one takes a form as part of Nature. That form may be of lower or higher nature, based on preceding actions and reactions. The state of an ordinary mind can, through practice of devotion or through imbibed Knowledge from a Master, evolve into spiritual awareness and slowly gain Wisdom, ending in Realization of the Self. Any life should ideally be guided by the Natural Laws, but due to the strong influence of the socially developed ego-sense, the progress towards the observance of the Self happens only at the pace of an old snail. By applying the ‘Right Use’ formula of Sri Sri Babathakur consciously and persistently, the ‘I (Pakha Ami) was, is and always will be’ the source of joy in life. The seekers of enjoyment of the senses like taste, smell, touch etc. may possibly some day realize how short-lived such sensual enjoyments are as compared to the eternal joys of the Self, the One, God.

The third word with ‘L’ (Light) is Pure Consciousness manifested. It is a manifestation of the diverse expressions of the Self. One ought, therefore to respect all perceivable as that. When one has respect for someone or something or act with respect, the Sattwic qualities of life will predominate instead of the Rajasic and Tamasic ones, which we, unfortunately, are too well acquainted with. To let the Light shine in life, one must constantly be aware of the “Sportful Dramatic Same-side Game of Self-consciousness” (another of Sri Sri Babathakur’s dictums where ‘sportful’ deliberately is NOT misspelled).

The fourth ‘L’ word (Liberty) is reached when the rules for Law, Life and Light are imbibed, through ‘Right Uses’ and firmly imprinted in the mind. One may discuss what is meant by ‘liberty’, for the word contains many aspects of a human life (for example free from the worries of economy, health, social prestige, ego etc). Once I heard Sri Sri Babathakur say that one is liberated or free only when mind becomes a ‘no-mind’ (Aman). In deep meditation, the Sattwic qualities will prevail; that is when the Raja and Tama Gunas no longer can play havoc with mind and intellect. Those Gunas will then be used only for living and learning, in other words to live a liberated kind of life (Mukti) according to the Natural Laws.

The fifth word with ‘L’, (Love), is the ‘Unitary Consciousness’. It is different from what most consider as love that actually is divisive in nature since it depends on two entities. The saying that love is blind only refers to what is infatuation, which basically is selfish or self-gratifying. Infatuation (I love you!) may be experienced, yet is rarely lasting – it comes and goes, it has a beginning and what has a beginning must have an end. Only genuine Love for the Self (also called God) leads to true devotion, which is sustainable throughout a lifetime because it is directed to and from the Essence of all. That’s why Sri Sri Babathakur once said: “I is” instead of the conventional ‘I am’. Another time He added: “’I is’ means the Self is infinite. I was, is and will always be”.

The sixth word with ‘L’ (Lord) relate to the ‘Formula of Nine’, which says “Lord in Lord, Lord of Lord, Lord from Lord, Lord for Lord, Lord by Lord, Lord with Lord, Lord to Lord, Lord on Lord, Lord beyond Lord… and beyond, and beyond”. This formula sums up the previous five, which denotes that a soul has realized its full potential, has become One with or merged with the Self either through Self-knowledge or devotion or a combination of both.

From the above it is clear that if one applies the formula of the ‘Six-fold L’ in daily Life, one can realize the Self in one’s present life. After I first took notice of this formula, I thought it was a road-map given to us and I humbly started with the first ‘L’. I could not deny that I had been born and existed according to the Law of procreation as a result of my parents’ marriage. The Light of understanding surely dawns in this very life when the spiritual ignorance is totally removed (eventually through the help of a Self-realized soul like Sri Sri Babathakur). Liberty from lower mental and physical impulses is experienced more and more as one proceeds (according to my experience)… and without the application of any strenuous sadhana. Once the Tamasic and most Rajasic thoughts and behaviours are eradicated, spontaneous Love for the Lord is bound to emerge in life according to the principle of Oneness, as put forward by Sri Sri Babathakur in the above ‘Formula of six-fold L’. The sole aim and purpose of having been born as human is, after all, to evolve and to unite or merge the individual temporary ‘I’ with the eternal ‘I’ (paraphrased by Sri Sri Babathakur as ‘Pakha Ami’ and ‘kaccha ami’).

Posted by a quarterly spiritual e-magazine. at 4:44 PM