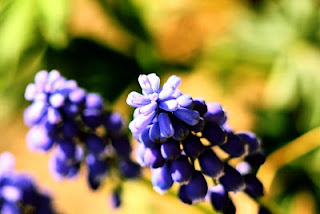 Recently while opening a book, a paper fell out on which was written the following story. I suppose I wrote it quite some time ago as reminder of a story told by Sri Sri Babathakur. Re-reading it I think most need to be reminded again and again about the ephemeral nature of desire.

An emperor was coming out of his palace for his morning walk when he met a beggar. He asked the beggar: ‘What do you want?’ The beggar smiled and said: ‘You are asking me as though you can fulfill my desire!’

The emperor became offended hearing the answer. He said: ‘Of course I can fulfill your desire. What is it? Just tell me’.

The beggar said: ‘Think twice before you promise anything’. The beggar was no ordinary beggar – he was the Master of a past life of the emperor. In that life he had promised the emperor that they would meet again, but the emperor had completely forgotten it. Who remembers past lives? So the emperor insisted: ’I will fulfill anything you ask. I’m a very powerful emperor. What can you possibly desire that I can’t give to you?’

The beggar answered: ‘It is a very simple desire. Do you see this begging bowl? Can you fill it with something?’

The emperor said: ‘Of course!’ He called one of his vizirs and told him: ’Fill this man’s begging bowl with money. The vizir got some money and poured it into the bowl...and it disappeared. He poured more and more, but the moment he poured it, it would disappear. The begging bowl always remained empty.

All the people of the palace gathered around the beggar and the king, observed what had happened. Soon the whole capital was talking about it. The prestige of the emperor was at stake. He wanted to maintain his prestige and said to the vizir: ‘If the whole kingdom is lost, I’m ready to lose it, but I can’t be defeated by this beggar.

Diamonds, pearls and emeralds, along with other precious items, were put into the bowl, which seemed to be bottomless (although they could see the bottom with their eyes), and whatever was put into it disappeared immediately, went out of existence. The evening came and the people stood around in utter silence. The emperor then dropped at the feet of the beggar and admitted his defeat. He then said: ‘Just tell me one thing. You are victorious, but before you leave, just fulfill my curiosity. What is the begging bowl made of?’

The beggar laughed and said: ‘It is made up of the human mind. There is no secret about that. It is simply made up of human desire. Reflect on desire – what is it’s essence? Something is going to happen...you are on the verge of it. You have the car, you have the yacht, you have the house, you have the partner...and suddenly all is meaningless again. What happens? Your mind de-materialised it. The car is standing in the drive, the house looks beautiful etc., but the excitement was only in getting it. You became so drunk with the desire, that you forgot your inner nothingness. Now, when the desire is fulfilled, the excitement disappears. Again the emptiness is there, ready to eat you up. Again you have to create another desire to escape this yawning abyss’.

That’s how and why one move from one desire to another. That’s how one remains a beggar, being consumed with a new desire the moment a material goal is realized. Your whole life proves it again and again...every desire frustrates you. The day you understand that desire as such is going to fail you in realizing the Self, that day will mark the turning point in your life, the commencement of your journey inwards towards your Self. Move inwards – comeback ‘Home’.

Posted by a quarterly spiritual e-magazine. at 4:42 PM