Welcome to the Buddha Purnima issue of e-Sanai 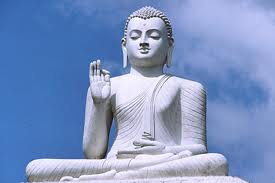 With deep devotion to my Master, Sri Sri Babathakur, I present the 2012 Buddha Purnima edition of our online magazine.  In the last issue, Smt. Champa Dasgupta vividly wrote about the proceedings of the Satsang held on November eigthteenth, 2011 at the Sanatan Dharma Mandir, Delhi.   As I read the article, I could feel that I was actually present there listening to the bhajans and discourses.   It reminded me of our own bhajan function at San Jose, California at this time last year.   In this issue, Smt. Champa Dasgupta is presenting the second half of her report – I am sure you all are eagerly looking forward to reading the rest of the article.   Beginning with this issue, I will try to present some of Sri Sri Babathakur’s quotations and write about how I have understood them.

With the above august proclamation, Sri Sri Babathakur further states that He cannot be anybody’s Guru – nor can anybody be His disciple.  According to him, if we keep that distinction, then the Guru will appear to be superior to the disciple – and that is in direct contradiction of His teaching of “All Divine”. Hence he refused being anybody’s Guru or giving Diksha to anybody.  Nor did He establish any ashram in His name.  His emphasis was always on us listening to His teachings and contemplating on them, so that the Supreme Knowledge would reveal spontaneously amongst all of us.

Sri Sri Babathakur, clearly explained to us that Jivana was indeed Na-Jivana – meaning we are not the body.  In essence we are the Brahman Absolute, I-Reality and that we should never forget this.  That way when we encounter our enemy, we must start chanting “I-Reality”, “Brahman” till our anger cools down. I have found this to be a very effective technique to cool my temper – as this reminds me that the person I am angry at is also the same “I-Reality” that I am.

Once, I had made the mistake of asking Sri Sri Babathakur about His health.  He quickly pointed out to me that He was not the body and hence this was a meaningless question.  His answer was – “I am what I was, I am what I am and I will remain what I am”.  He thus made the reality of “I-Reality” clear to me in one quick instant.

I would like to continue having the opportunity of discussing His quotes in the future issues.

Posted by a quarterly spiritual e-magazine. at 12:28 AM