A Miraculous escape by Divine Intervention 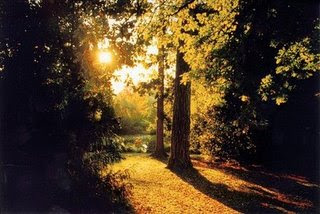 by Smt. Sharmila Dasgupta
______________________
You may have seen a car flying in a movie. Yet I can bet that you have not had the experience of being inside a car being driven at 85 MPH, then flying in the air for a short while, with everybody miraculously escaping injuries. This can only happen through divine intervention – so please read on …
It was the summer of 1994 and my parents-in-law were visiting us from New Delhi. We had decided to take them to Los Angeles (approximately 400 miles from our house) for the weekend to visit our close friends, Sandip and Lila Dasverma. While we were in Los Angeles, we had also planned to take our sons, Rishi and Raja to Disneyland. Rishi was five, and Raja just two years old at that time. We started our journey on a Friday afternoon after work and reached Los Angeles at approximately 11 p.m. Sandipda and Liladi were very happy to see us and we talked till late into the night. Next morning we took Rishi and Raja to Disneyland. It was a very hot day and there were very long lines for almost every ride. We returned back to the Dasverma residence at 1 a.m. that night. All of us were extremely tired. Although we had a good night’s sleep, the exhaustion persisted. Since the next day was a working day, we had no choice but to start on our seven-hour return journey on Sunday afternoon – immediately after lunch. Sandipda’s then eleven year old daughter, Tulki also decided to come with us – so that she could spend a few days with us.
Before I describe the actual event, it is pertinent to provide some background information:
· At that age, Rishi would sometimes not keep his seatbelt on – this was one of those days, when he was not wearing his seatbelt.
· My mother-in-law was never a fan of wearing seatbelts and today was another day that she was not wearing her seatbelt.
· Much of the stretch from Los Angeles to the San Francisco Bay Area runs through a rural section of highway 5. There is hardly any civilization in this area. Both sides of the highway are surrounded by arid land, with hardly any vegetation. Due to the lack of scenery, this drive is very boring. Several fatal accidents have occurred on this stretch of the highway as drivers have gone to sleep at the wheel.
· Highway 5 is a two-lane highway in the rural section, where the speed limit is 70 MPH. However, cars are typically driven at approximately 85 MPH.
· There are a lot of huge trucks on this highway at all times. These trucks are driven on the right lane and cars typically are driven in the left lane. I was driving on the left lane at 85 MPH.
· There is a shoulder lane that runs to the right of the right lane. This is for emergency stopping of vehicles.
My husband drove for the first couple of hours and then I took over from him. I had driven for a couple of hours when this incident occurred. I was averaging a speed of 85 MPH. My elder son, Rishi suddenly decided to get up from his seat, walked up to my mother-in-law and declared “Time to put on our seatbelts”. He put on her seatbelt, checked everybody else’s belts, went back to his seat and put on his belt.
Suddenly I heard my husband asking me “Are you awake?”. Since I had gone to sleep at the wheel, my first reaction was to slam on the brakes. I lost control of the van. Due to sudden braking, the van took off in the air, cutting across the right lane (which is always occupied by trucks), across the right shoulder, and over the arid area along the highway. I could hear my mother-in-law chanting “Joy Ma, Joy Ma”. I was quite sure that we wouldn’t survive. The van finally landed into a dense bush – the only bush in sight within that arid area! It was like a baseball landing on a wide open baseball glove waiting to receive the ball.
Miraculously nobody was physically hurt since we all had our seatbelts on. Everybody was wearing a seatbelt, courtesy of divine intervention inspiring Rishi into spurring us all to buckle up. Although the right lane on Highway 5 is always full of cars and trucks, our flying van did not hit any vehicle because that section of the highway happened to be empty at that instant – purely through divine intervention! Lastly, our van did not suffer any damage because it got directed towards the bush – again thanks to divine intervention!
My husband alighted from the van and looked for an emergency phone to call the police. Luckily, some passing drivers had already informed the police and they arrived at the spot promptly. They too were surprised to see how little damage had occurred to the van. They declared the van safe to be driven home – still 150 miles away. They escorted us for a couple of miles till my husband felt comfortable driving it home. I was mentally shattered and could not sleep for several nights. Fifteen years have passed by, but I still have not regained the confidence to drive a van.
Yet here I am alive and relating this miraculous escape after fifteen years. Do I need to say anything else about Divine Intervention?
Posted by a quarterly spiritual e-magazine. at 9:59 AM