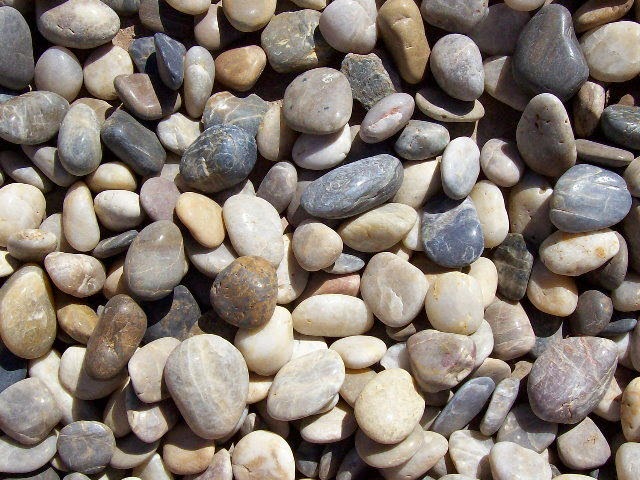 The 2015 Sri Panchami e-Sanai article titled “Pebble Riddle” generated a few questions amongst readers that I seek to address in the present piece.  Those wishing to refer to the article in question may access it by clicking on the following link:
http://srisanai.blogspot.com/2015/01/pcl-article.html.

The interesting and healthy aspect of engaging in a spiritual discussion is that we enrich each other.  Being fellow students of the Spiritual School of Oneness, it is important that we share what each one of us has picked up and understood about the ‘Science of Oneness’ as revealed to and narrated by Prajnanpurush Sri Sri Babathakur (hereinafter referred to as Master). This Science being the ‘Science of the Absolute’ is picked up by each one of us according to our “mental set up”. Any mental set up, howsoever developed it might be, is only partial. The partial state remains until it merges with the Absolute and becomes an all-encompassing Whole. Only after this supreme merger has taken place does one realize that there is nothing in this universe that’s ‘partial’.  It is all a ‘sportful dramatic sameside game of Self-Consciousness’ – or in other words, a game of the Absolute Whole with the Absolute Whole, in the Absolute Whole, for the Absolute Whole and by the Absolute Whole. There is no second entity.  Hence, there is nothing that can be called partial.

The funny part though is that until complete acceptance of the Absolute Whole by the “mental set up” occurs, the Absolute Whole does not reveal itself in Its full glory and majesty. It is a spontaneously self-revealing Entity no doubt, but due to the admixture of gunas (qualities) imaginarily created by the “mental set up” and superimposed on the Absolute Whole, it seems or only appears as a partial entity, going through innumerable changes and ups and downs.  A mental set up like mine is sometimes just dumbfounded to even think that this world drama is only the sameside game of Oneness appearing in and through innumerable forms, names and ideas to fulfill Its divine dream of becoming many to play with Itself alone and realize Its own supreme glory Itself alone.  To top it all, this Oneness is verily my own Self, as also the Self of one and all.


“Mental set up” faces great difficulty in accepting this seemingly limitless universal appearance of diversity and many-ness as only the play of the Supreme One Self-Absolute with Itself, for Itself, by Itself and in Itself. But as students, we have been given a Dictate by the Master to ‘accept one and all as the Supreme Self and live with this acceptance at all times’. Master never revealed it as a Dictate because for Him, It is the sameside playful game.  We however have to take it as a Dictate to school our mental set up.  In the process of following this Dictate, the mental set up comes across various situations where it gets perplexed— what to do or how to apply this Principle?   All this happens only because the mental set up is partial.  Had it been an Absolute Whole, everything would have been spontaneously self-revealing from within, the situation of dilemma would never arise. Dilemma arises only when there is distinction/division/demarcation; in a state of unity and equanimity, there can be no second or different thought that can create a state of dilemma.  We have to simply accept that millions of us lead our lives from a mental set up which varies from person to person; and all such lives in essence are nothing but That One Self-Absolute waiting to fully reveal from within after getting rid of the self-imagined superimposed ignorance. This thought process alone shall considerably reduce differences amongst common people (mental set ups) in the world.  ‘All-acceptance and all-embrace’, i.e. ‘accept all as One and live with that acceptance’ is the path to follow to get rid of the self-imagined ignorance, as revealed by the Master.


The young beautiful girl of the 'Pebble Riddle' story (that appeared in the 2015 Sri Panchami issue) demonstrated exemplary behavior indicating ‘all-acceptance and all-embrace’ which can be cultivated as a Supreme Principle in life. It does not matter whether the girl was specifically aware of this Supreme Principle or not.  If she wasn't even aware of it, and yet still served up a practical demonstration of how to use the Supreme Principle in daily life, then it is all the more commendable and exemplary.  The beauty of this divine world game is that where and when the Divine will demonstrate in what way which divine law, is unknown to a “mental set up”. Hence, the easiest and the best formula to follow is to ‘just accept all as verily the Supreme Self without any questions whatsoever’. The young girl of the story amply demonstrated this by easily accepting without a second thought, probably the most unpalatable situation of her life. The result was that what spontaneously revealed within her was the perfect solution, given the circumstances.  That line of action eluded all those who were present at the scene as well as those who did academic analysis many years later.  The action was simply termed by the intellectual analyzers as “out of the box thinking”, without spelling out how to develop this thinking process by remaining within the domain of “in box thinking and training”.


I am narrating another story which I recently read. A father was busy reading his favorite magazine, while his little daughter would distract him every now and then. To keep her busy, he took out a page on which a map of the world was printed.  He tore the page into pieces and asked her to go to her room and assemble the pieces together again, just as she would with a jigsaw puzzle.  Having done so, the father was now convinced that he would be able to read his magazine without any disturbance as it may take his daughter the whole day to accomplish the task. But the little one came back within a short time with a perfect map…!!! The curious and confused father wanted to know how his daughter was able to assemble the pieces of paper so quickly. She giggled and said, “Oh dad, there is Amitabh Bacchan’s photo on the other side of the paper. I made his face perfect to get the map right.” The moral of the story per its author:  In life there is always the other side to whatever you experience. Whenever we come across a challenge or puzzling situation, look at the other side - you will be pleasantly surprised to find an easy way to tackle the problem.


As I tried to understand the moral of the story, a few things came to me which I present next.  Children by nature are more relaxed and easy-going than elders. Looking at the intricacy of the jigsaw puzzle, the child did not lose her simple and playful nature. In that easy mood, without getting unduly bogged down by the extreme difficulty of the problem, she would have just needed to turn the paper and see a part of Amitabh Bacchan’s face before getting the idea on how exactly to solve the jigsaw puzzle. This is the result of an uncluttered, joyful mind which effortlessly came upon a simple process to solve the problem – a way that wasn’t even imagined by the designer of the jigsaw puzzle. That is why the maker himself got perplexed as to how such a difficult jigsaw puzzle could be solved by a child in a jiffy. Such is the efficacy of easiness and simplicity.  An elderly mind, including the maker of the puzzle, would have got totally engrossed and bogged down by focusing on only the world-map side of the paper.


Conventional methods educate, train and develop a mind in a way that emphasizes one-upmanship, and that unfortunately is deemed as success.  Spiritual education on the other hand, adopts an inclusive (rather than exclusive) approach towards teaching one about success, and that too in an easy and relaxed way.  The success of one is not and does not have to be at the cost of others’ failures.  The essence of success is always along the lines of “bahujan hitaya” (welfare of all). Conventionally trained minds may question the possibility of success being inclusive.  Master had told a group of educationists sometime in the seventies that the entire education system has to undergo a comprehensive change to enable a child to start life and go ahead further with the formula of unity in diversity, inclusivity in exclusivity, universal in individual and Oneness in many-ness. Teaching based on unity and equanimity would help develop relaxed, tension-free minds as against restless tension-filled minds.  Spontaneity cannot develop in restless minds.  Without easiness and simplicity of mind, the “other side of a life puzzle” shall not be visible or shall not reveal of its own accord.  Revelation is always spontaneous and effortless, as has been demonstrated by the Master every moment of the day during His mundane physical existence.


Experiencing the world through our senses, we find it as being very diverse and ephemeral.  Also, conventional teaching and training of any kind teaches us how to fight, to survive and to be successful relative to others by maintaining such diverseness and temporariness.  Given such a scenario, one first struggles to attain success, then struggles even more to hold on to this success forever.  Life of a common person thus becomes all about struggling from birth until death.  In this ever changing diverse system and state all over the world, how can the mind remain calm and steady?  Until and unless there is something permanent and eternal for such a restless mind to hold on to, how can it ever be expected to be calm and equanimous?  Ease and peace can only be prevalent when the whole system is based on the formula of unity in diversity, permanence in impermanence, and one unifying principle tying up all of the apparently diverse and contradictory principles.  What is now only a part of the spiritual world visited by just a few, has to become an integral part of the rest of the world where the vast majority resides.  The ‘Science of Oneness’ as revealed by the Master has to become the base and integral part of all action and movement in life.  The least we can do is to make an earnest start towards incorporating It in all that we endeavor at in life. We can also be as calm, easy and happy as the two main characters of the two stories discussed - without the need for any effortful, expensive, time-consuming formal training.

Posted by a quarterly spiritual e-magazine. at 6:44 AM